This chapter discusses the use of exhibits by LIS specialists to decolonize representation.

In 2011, I started working as a curator and archivist for the University of Florida (UF)’s Latin American and Caribbean Collection (LACC). While negotiating donations of archival collections and browsing our existing holdings, I began to realize the gravity of the number of absent voices and erasures in our archives, such as that of women, the Caribbean Black diaspora, and immigrants in general. In fact, UF’s special collections tend to privilege the perspective of US tourists and investors who traveled to the region in the late eighteenth and early twentieth century. The result is an overrepresentation of the voice of white and wealthy US citizens and the perpetuation of a colonialist view. These collections tend to depict “natives,” i.e. Caribbean people as inferior. In fact, racist overtones are blatant. One way to challenge the racist and colonial nature of LACC’s special collections was through exhibits, but institutional and external politics were, and continue, to be an obstacle.

There were very few collections highlighting women, yet it was clear that women’s stories were interlaced and hidden in our archive. The letters that American Nancy Macaulay wrote to her family about life in Cuba in 1959, right after the end of the revolution, can be found in the Neill Macaulay Collection, a former UF History professor. The letter that a group of Cuban mothers in Miami wrote in 1962 asking for weapons and training to fight Fidel Castro is included in the Senator George A. Smathers Papers.

Also appalling is the lacunae that exist in terms of materials reflecting the Latinx and Caribbean diasporas including Cuban exiles. Collaboration with Cuban historian Professor Lillian Guerra helped us remediate that gap. She identified important donors who have since donated their collections to LACC. In 2014, Prof. Guerra, Lourdes Santamaria-Wheeler (now Exhibits Director at UF Libraries), and I decided to curate the exhibit “Revolucionarias: Women in the Formation of the Cuban Nation.” Documents, reports, photographs, books, everyday accounts suggest that Cuban women were not only witnesses but protagonists of Cuban history. From colonial times to the Communist era, women were at the frontline of protests for social justice, yet in the historical narrative they are depicted as sidekicks of Cuban patriarchy and not as challengers of the status quo.

The exhibit highlighted the participation of women in the cycles of revolution and counterrevolution that have characterized Cuban history. For example, in 1894 Cuban Aurora de Mena fled away to Florida after being disowned by her plantation-owner family for spying on Spanish forces. In Florida, she taught Spanish at one of UF’s predecessor institutions. She wrote down her experiences in The Pearl Key. After independence, she went back to Cuba where she led the founding of the public-school system. Domínguez Navarro’s autobiography, De 6 a 6, describes the fight of upper-class women activists for social and gender equality in the 1930s and 1940s during the dictatorship of Gerardo Machado. Photographs from the popular magazine Bohemia show a women's protest in 1957 in Santiago Cuba against the government’s executions of their children. One of these women was William Soler’s mother; Soler was a fourteen-year-old sympathizer of the 26 of July movement who was tortured and killed by dictator Fulgencio Batista’s forces.

Revolucionarias also depicted the contradictory position of the Cuban Communist state towards women. Like men, women were active fighters and leaders in the revolution. In 1960, the Cuban state established the Federation of Cuban Women (FMC) with the goal of integrating women into the workplace and promoting gender equality. Although the FMC liberated women, it put them at the service of the Cuban state. We included photographs of young women who joined the voluntary rural alphabetization movement. While teaching, they witnessed the mass peasant uprisings against Communist economic policies and state repression. We also included Nitza Villapol’s cookbook Cocina al minuto. Villapol is Cuba’s Julia Childs. Her cookbook reveals the way women fought to overcome an insufficient food supply. The exhibit ended with the activism of three Cuban women who in 2013 opposed the Cuban government publicly: blogger Yoani Sánchez, Catholic Church advocate Rosa María Payá, and Berta Soler of the “Ladies in White” (an opposition group founded in 2003 by female relatives of political prisoners).

The next exhibit I curated “Voices from the Panama Canal” (also in 2014), presented an even greater challenge. The purpose of the exhibit was to commemorate the centennial of the Panama Canal, and it was one of ten exhibits with the same goal. In 2012, the Friends of the Panama Canal Museum (founded in 1999 in Seminole, Florida) donated the entire collection to UF. The Friends were white Zonians, i.e. US citizens who lived in the Panama Canal Zone. The mission of their museum was to celebrate the worldwide leadership of the U.S. as manifested by the Panama Canal. Not surprisingly, their collection explored only one Zone experience: that of white US citizens. The transfer of the collection to UF resulted in an expansion of its constituents. West Indian descendants, faculty, students, and scholars came to the library in search of material on the West Indians’ contribution to the construction and administration of the canal.

The Voices exhibit sought to incorporate the diversity of voices in the Zone, especially that of the West Indians. However, in order to respect the cultural heritage of the original constituents --the Friends-- library administrators established a system of shared governance that included the Friends’ Executive Board. One of the Board’s jobs was to review the labels; the result was that they had a lot of control over the curation. For instance, in consideration to the Friends’ sensitivity, we decided not to include documents on conflicts between the U.S. and Panama, such as the 1964 Flag Riots, the controversy over the 1977 Treaty, and the 1989 U.S. invasion of Panama (Operation Just Cause). We only displayed documents and artifacts that showed different perspectives to the Torrijos-Carter Treaties on the transfer of the canal to Panama. As the curators, we were in a tight spot: we were charged with working with the Friends’ Board but also needed to present a balanced perspective. To do so, before printing the final labels, we sent them for review to scholars Julie Greene and Paul Ortiz whose specialty is on labor and race relations. They ratified the need for us to include a view that accounted for the workings of colonial racism.

Based on the researchers’ demand, despite the Friends’ pressure, we included items that documented the race and citizenship segregation that US officials used to govern the Zone. US officials instituted separate payrolls: gold, for white US citizens; silver, for West Indians, Panamanians, and other non-US citizens. Silver workers were paid in a different currency, their wages were significantly lower; they had no benefits, and were assigned different housing and opportunities for entertainment and shopping. They were also the ones who did the most dangerous work and, thus, who suffered the most injuries and deaths. In the exhibit, we displayed the ledgers for each payroll, photos of the dormitories and eating facilities for the silver roll, but also photos that show the ways West Indians resisted, celebrated, and advanced. On August 14-17, 2014 (the dates of the centennial celebration), as Zonians toured the exhibit, I delivered a special guided tour to a West Indian contingent. The post-event surveys demonstrate that while West Indians were satisfied with the exhibits, the white Zonians, especially the Friends, were disappointed at finding what they considered “anti-American” material. On January 2015, during their Executive Board meeting, these white Zonians expressed their discontent with the divergence from the collection’s original mission: to celebrate the U.S.

In 2015, President Barack Obama declared the normalization of U.S.-Cuba relations. In response, UF’s Center for Latin American Studies organized its 2016 Annual Conference “Cuba and the U.S. in the 21st Century.” However the results of the November 2016 elections suggested that the normalization would not take place as expected and that, instead, there would be a period of persecution against immigrants.

Along with my intern, now Dr. Alexis Baldacci, I curated the exhibit “The Cuban American Dream.” Later, Katiana Bagué, the ARL Fellow for Digital and Inclusive Excellence, transferred the physical exhibit into an online timeline. In 2017, when the 45th President’s administration declared its intent to end the Temporary Protected Status (TPS) for Haitian nationals, I decided to curate “The Haitian American Dream” (launched in 2020 with team members Alexandra Cenatus and Ivanna Moreno). Both exhibits discuss universal aspects of the immigration experience, while focusing on the specificity of the Cubans and Haitians migration to Florida. Both explore the reasons behind their immigration, especially the intervention of the U.S., the pressure faced by US local and state governments, the reactions of Floridian communities and authorities to these immigrants, the way in which they adapted to their new reality, and, above all, their contributions to the culture and economy of the state. Both timelines show US immigration policies that continue to this day, such as HIV camps, large-scale deportation, detention, surveillance, and differential treatment based on race. For example, while Cubans were easily granted refugee status, Haitians were left in limbo for long periods of time. In a 1985 letter, representatives Walter E. Fauntroy and Peter W. Rodino demanded a more fair treatment of the latter.  As their letter and other documents exhibited indicate, racist immigration policies dehumanize immigrants. The digital exhibits seek to humanize them by presenting them not as victims but as agents looking to fulfill a dream.

So much has happened since the curation of these exhibits! The  Friends of the Panama Canal Museum have learned to be more inclusive. In 2019 under the leadership of Elizabeth A. Bouton, John Nemmers, Lourdes Santamaria-Wheeler with assistance of Elizabeth Bemis, curated an exhibit on the conflicts between the U.S. and Panama: “An American Canal in Panama.” John Nemmers, the curator of the Panama Canal Museum Collection is now working with the West Indian association Pan Caribbean Sankofa to collect materials that document the West Indian experience. In 2021, they worked with students to create online exhibits for West Indian topics.

Yet, at the same time, politics in the state of Florida have complicated the work of archivists, researchers, faculty, and even K-12 teachers. On December 15, 2021, Florida Governor Ron DeSantis proposed a law that penalizes what he calls “the indoctrination” of Critical Race Theory. It is still unclear to me what the consequences will be. However, I am proud of the K-12 teachers, researchers, faculty, archivists, and curators, who continue to deliver a historical view that include the diversity of stories that make up US history. Their courage to bring to light the accountability of racist policies and systems as well as the passion that students show to the study of a comprehensive U.S. history gives me hope and inspiration to continue challenging the colonialist and reductionist one-sided approach to history. 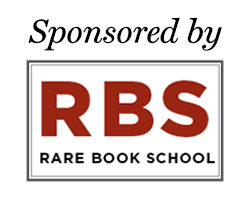 Advocating for Ourselves
Published with